A brief review of Akamai and Carvana

Perusing newspapers from the late 1990s, one of the most interesting stories that caught our attention was that of Akamai.  As the internet came of age, one of the major roadblocks to adoption was capacity. One article noted “Many users can almost recite the words from memory…unable to make a connection….the server may be busy….please try again later.”[1]  Dubbed the “World Wide Wait,” the internet had become so popular that making basic connections had become tedious and difficult.

After coming in second place at MIT’s 1998 Entrepreneurship Competition, MIT’s professor of applied mathematics, F. Thomson Leighton, and graduate student Daniel Lewin’s solution to this problem found early backers from Battery Ventures.   By June of 1999, the news reported that Akamai’s breakthrough was real.  Akamai improved website performance for the likes of Time Warner, CNN, Walt-Disney, and other major firms delivering content over the internet.[2]  Akamai had truly solved a major problem for adoption of the internet.

Figure 1 shows an imperfect record of Akamai’s private funding values through its closing on the Nasdaq in 1999.  Battery Ventures’ first investment at a nominal value in late 1998[3] was rapidly followed by Apple’s purchase at $250m, Cisco’s purchase at $1.2bn, and Microsoft’s purchase at a “whopping $1.4bn.”[4]  While the rapid escalation in private valuations stunned people, the public market validated the private market’s view: on the first day of listing in 1999, Akamai was valued at over $13bn.  By December of 1999 Akamai had soared to a staggering $30 billion market cap.

While the chart below is fairly boring Kailash encourages readers to note that in the span of just over a year, Akamai’s complex mathematical solution to a global problem went from nothing to $30 billion.  Readers interested in the lessons of history are encouraged to read on! 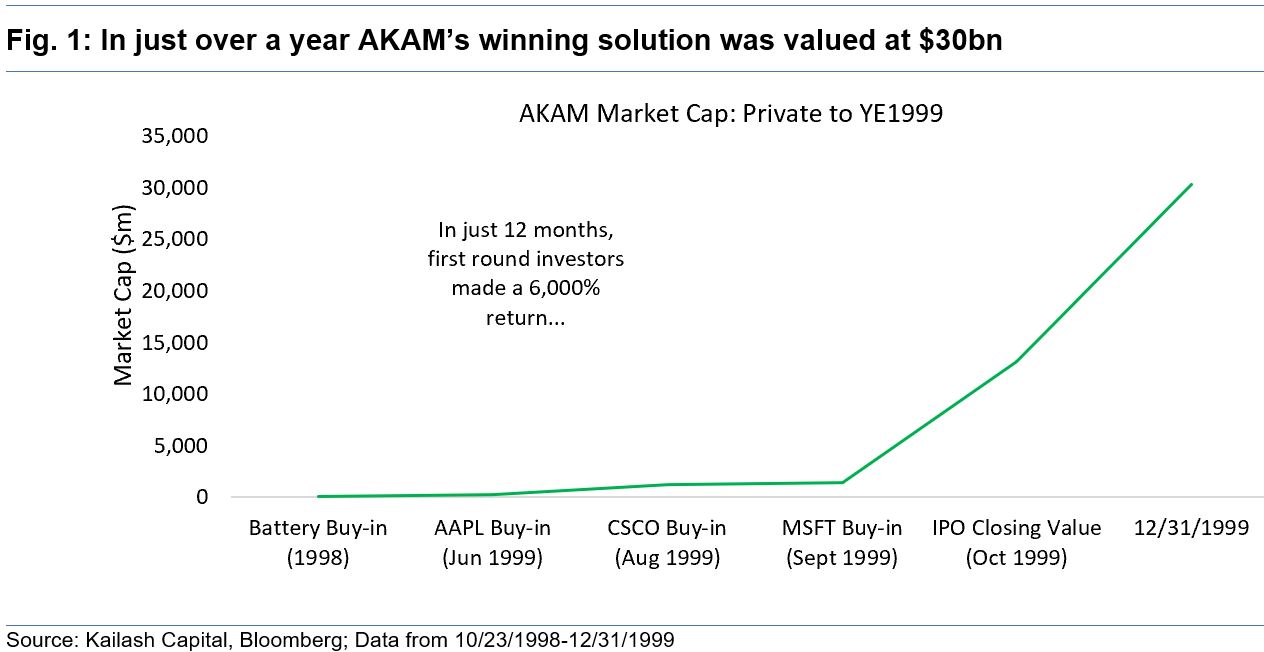 Figure 2 below picks up where Fig. 1 above left off in December of 1999.  The green line (left-hand axis) shows the evolution of Akamai’s market cap in the years since the halcyon days of the internet mania.   The dark blue bars show Akamai’s Free Cash Flow by year. The lesson is unforgiving:

Kailash believes hammering home the agonizing truth that what you pay matters is a worthwhile cause.  To that effect, Fig. 3 shows the dispersion in returns between those who paid up for the incredible technology of Akamai in 1999 vs. investors in the broad index.  With hindsight the story seems painfully obvious.  Who pays $30 billion for a firm losing over $50 million dollars?

In 2000, Janet Gleeson published the story of John Law titled “Millionaire: The Philanderer, Gambler, and Duelist Who Invented Modern Finance.”  As a reminder, John Law destroyed the finances of both people and nations via the employment of fiat money in France and the Mississippi Company funded by the Banque Royale. An August 2000 book review opined that John Law might have been lauded as a visionary had he been alive in 1999 and 2000. [6]  John Law’s antics instead ended with an attempt to hang both him and his family.[7]  A similar, if far less draconian, fate awaited the promoters of the internet’s bubble stocks.

The book review closed with the following quote:

“Law’s story illustrates the timeless appeal of investing and the hope, usually unrealized, that the new thing will make us rich.  As the French say, “Plus ca change…” 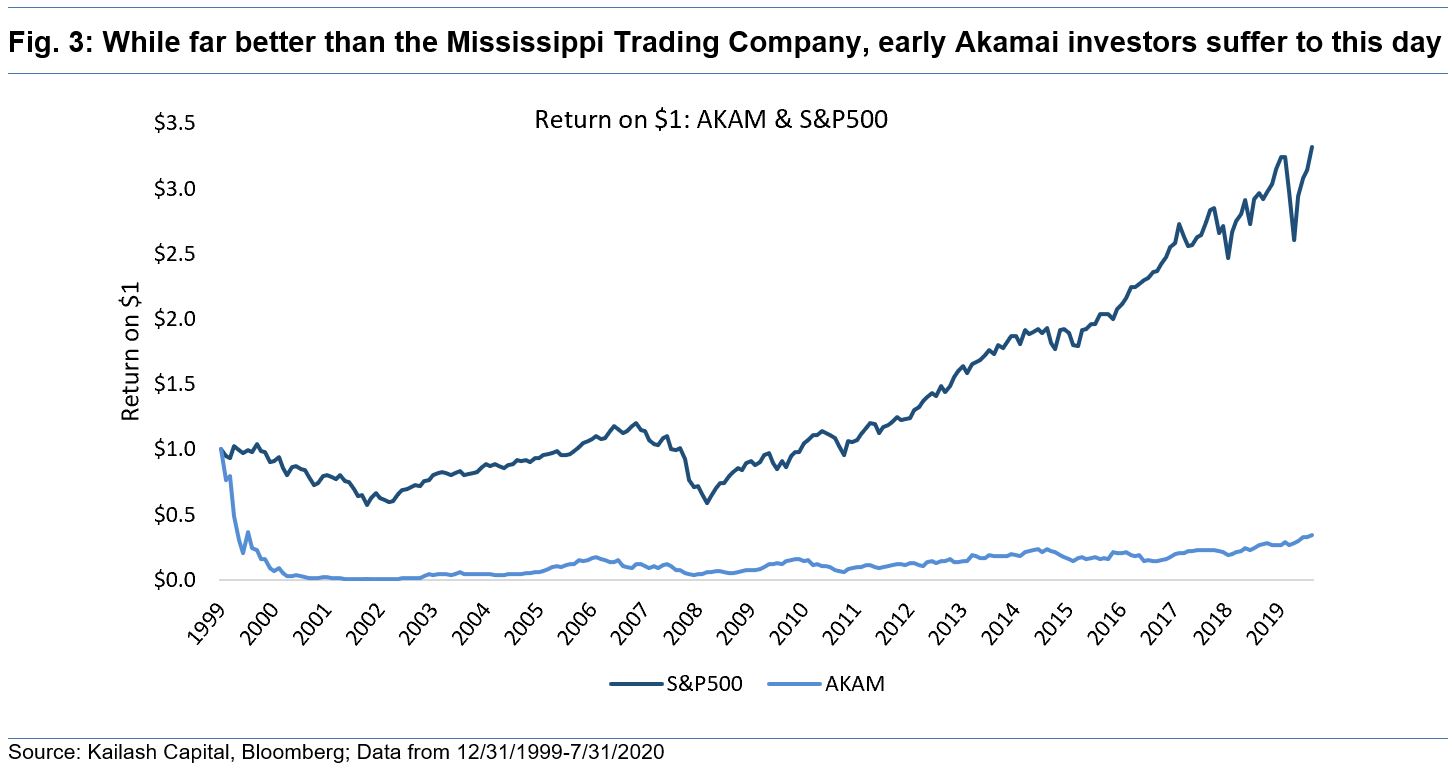 Subscribe to our Premium Plan below to receive the full pdf.